At its March 23rd breakfast meeting, Jerry Redington, a retired Naval aviator and coordinator of the Club’s annual Pancake Breakfast fundraiser which was held at Applebee’s Restaurant in Newtown, presented John Clough, a volunteer pilot with Angel Flight East, a check for $1,100. 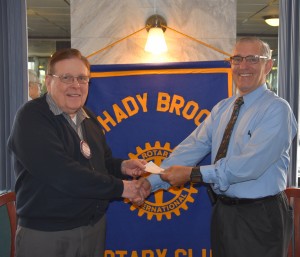 Jerry noted that, “The mission of Angel Flight East is to provide free air transportation to qualified patients and their families by arranging flights to distant medical facilities, delivering supplies to disaster areas, and reuniting families during desperate times.”

At its March dinner meeting, the Rotary Club of Shady Brook hosted Ms. Amy Williams, principal of Philadelphia’s William Dick School which the Club has been supporting with donations of over 3,000 books for its library, a wide range of supplies, clothing and in a number of other ways.

Amy provided a revealing overview of her school located at 25th and Diamond which serves children from K-to-8 who come from neighborhoods whose population is described as 95% extreme poverty.

This past year, a group of dedicated women from the Villas of Shady Brook in Langhorne, also known as the “Chicks with Sticks” undertook to knit 575-plus hats, one for each of the school’s students, many of whom lack not only hats but often jackets, socks and other basic clothing.

This evening, Amy Williams presented a photo taken from the roof of the school of all 575 students wearing hats knitted by our dedicated neighbors. 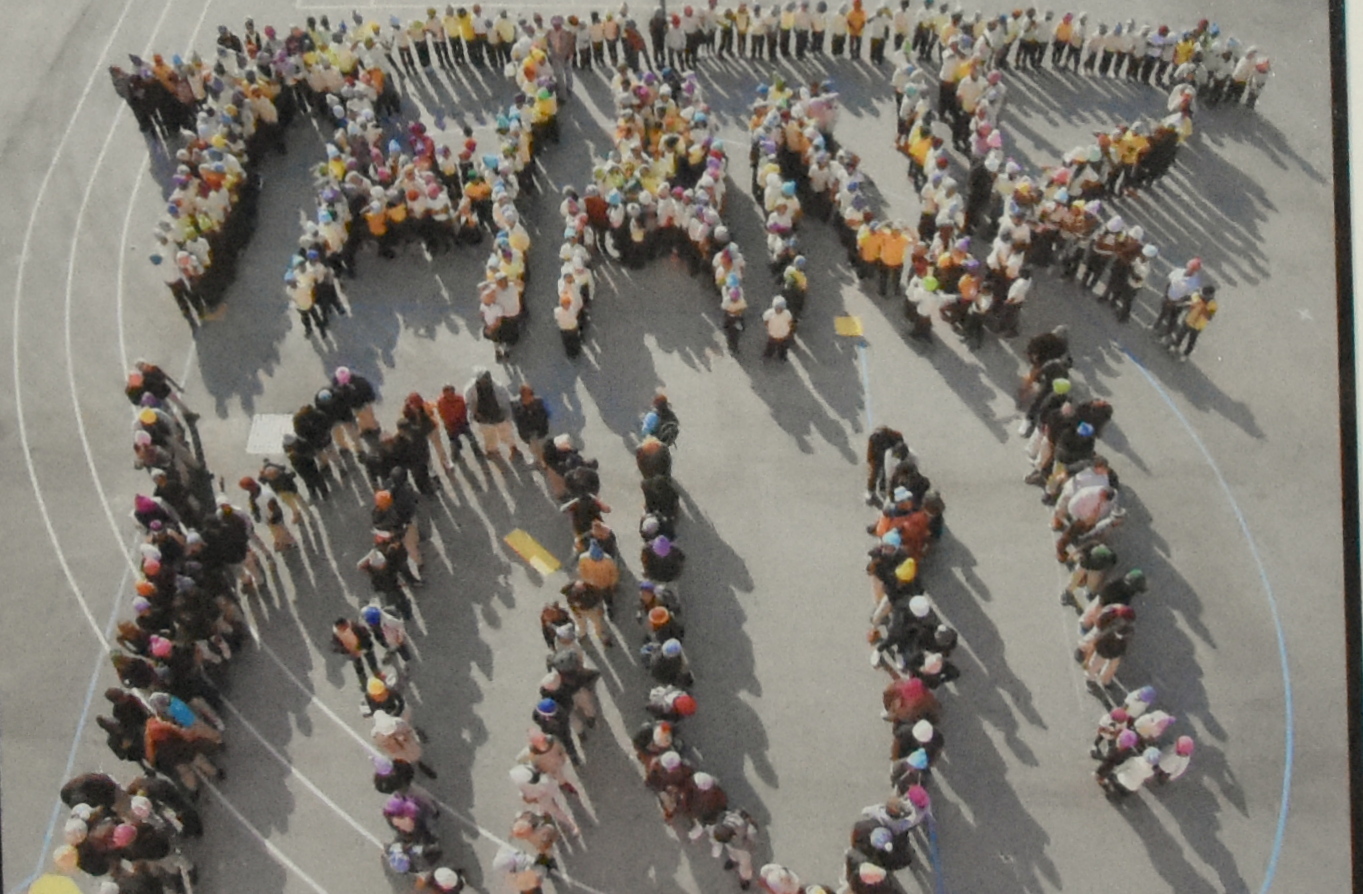 Receiving the photo from Amy (left) on behalf of the “Chicks” were Debbie Newbert, Pat Sauer and Mona Klugman.

The Rotary Club of Shady Brook recognized Dorianna Manzo, as student at Maple Point Middle School, as its Student-of-the-Month at its monthly dinner meeting at Christine’s Restaurant.

Presenting Dorianna with a check and certificate is Club President, Alan Agree. 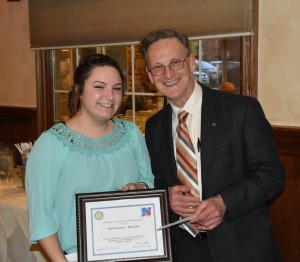