The Rotary Club of Shady Brook was recognized at the Leukemia & Lymphoma Sociey's 26th Greater Philadelphia Light the Night Awards Party for its continuing participation in the Society's annual Light the Night walk, increase in its year-to-year fundraising and was singled out as one of just four Bucks/Montgomery County groups for the "Most Creative" fundraising. 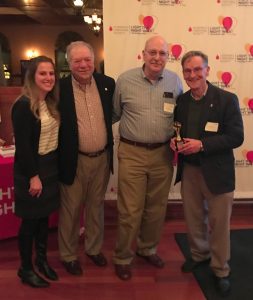 Meredith Ortlieb, Senior Campaign Manager for the Leukemia & Lymphoma Society, joining Irv Perlstein, Ira Sherman and Alan Agree (holding a trophy for the Club's more than doubling of its contributions between 2015 and 2016). 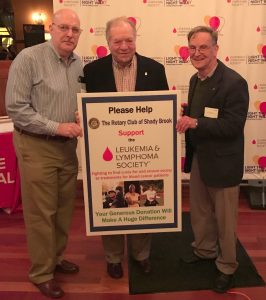 Ira, Irv and Alan displaying a poster it created for use as part of its very successful fundraising efforts

The Luekemia & Lymphoma Society was also the primary beenficiary of the proceeds of the Club's 2016 Charity Golf Outing held at the Philmont Country Club last June.

The success of its 2016 fundraising activities was the result of dedication and participation of every member of our Club! 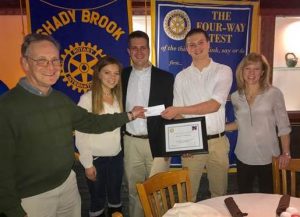 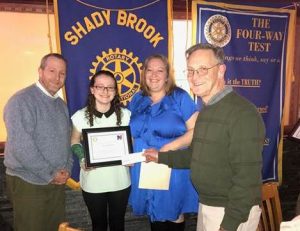 Both Billy and Marie were presented with a certificate of recognition for their accomplishments, a check and thay and their parents were also given a one-year Honorary Membership in the Rotary CLub of Shady Brook