We were privleged to have our District Governor, Kevin Katarynick, 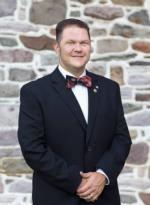 Kevin M. Katarynick joined the Rotary Club of King of Prussia in 2012 and from the start became active in several duties that included the club’s membership and fundraising as well as efforts to increase its social media and web presence. He was elected to the club’s Board of Directors in 2014 and served as president in 2015-16. He served as Area 5 AG in 2016-17. He was elected to the District 7450 Board of Directors as the Member-at-Large for Areas 4, 5, and 6 for 2017-18 while also participating in the District’s Strategic Planning and Bylaws Review Committees. Kevin recently became a Paul Harris Society member.

Kevin graduated from the University of Pittsburgh with a degree in Administration of Justice. He has spent more than 23 years in the field of public safety, and for the last 21 years has been employed by Upper Merion Township. He is a 23-year member of the King of Prussia Volunteer Fire Company.

Kevin is a lifetime resident of King of Prussia where he lives with his wife, Linda. They met when he coached her women’s softball team -she played second base. Linda is a native of Norristown and retired from her career with the Pennsylvania National Guard; her active service included participation in Iraqi Freedom in 2003 through 2004. She and Kevin are sports enthusiasts, and both regularly run 5Ks and half marathons.

Kevin was impressed at our Club's level of attendance, well above that of other far larger District clubs.

He emphasized what he saw as the three keys to leadership he hoped to employ ddurin ghis tenure.

The bi-monthly District Newletter will be emailed to each Rotarian in the District.

Inter-club cooperation, sorely absent in the past was also discussed.  Kevin that with the asisstance of his ten Assistant District Governors can change for the better.

It should be noted that both Kevin (despite his bad knee) and his wife refistered to participate in our VIrtual Chairty Walk and made a donation to A Woman's Place.

During this week's virtual (ZOOM )meeting

Jerry Redington became the first of our Club's members to share his backgournd … in his case of his years as a U.S. Naval Aviator. 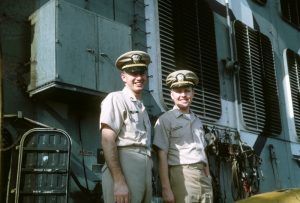 Over more than two decades of service, Jerry was assigned to 16 different duty stations across the United States and world. Fortunately, he sent us all a primer/photos of some of his favorite aircraft this week. They include: 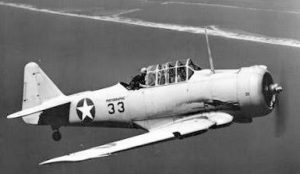 His next aircraft wat the TV-2 Shooting Star 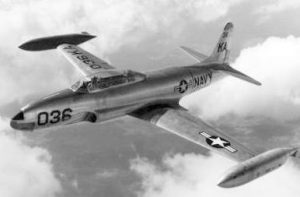 during his tour at the Advance Traiing Commadn in Kingsville Texas

Jerry next transitiond to the F9F-5 Panther 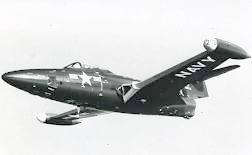 during which tiem he received is Naval Aviator Wings as the age of 21!

hen as a flight instructor, he flew a Cougar ad also a B26, as well as passenger utility/recreational planes.

-He had a hair-raising experience while flying the Demon, due to a landing gear malfunction and extremely low fuel, he had to eject from the plane! He parachuted and was fortunately, plucked from the sea.

-His favorite aircraft was an S2F, multi-engine.

-Little known fact: As Dick rotated on to the Independence, Jerry was rotating off. Dick shared a photo of them in 1965. W

Jerry next transitioned fo ra multiengine aircraft, the "JD", a Navy version of the Air Forces's B26 Bomber

Among other services this aircraft provided to the fleet was towing targets for surfac ships to use for target practice.  Flying the JD, Herry was also practing simulate attaccks on submarines.

He was then assigned go VF-41, a squadron assigned to the USS Independence (CVA-62) wher he fleew his on of his favorite naval aircraft, the F3-B Demon. 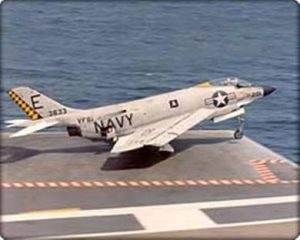 Then faced with a dilema … take a desk job for a year if he wanted to continue flying jets or accept an assignment as a multi-engine instructor.  Wanting ot fly, he asscepted the latter wher ehe flew C1-A, carrier-on-board logistics planes and anm anti-submarine verison S-2. 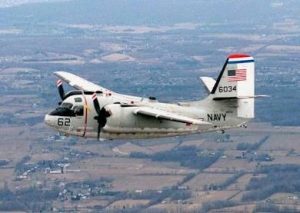 Jerry was then assigned to Air Operations aboar dhte USS Independence wher ehe was still able to continue to fly the shops C1-A …  and accumulating a total of more thean 200 carrier landings. 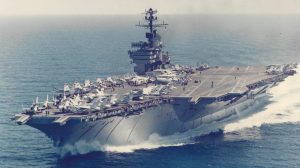 In an interesting twist of fate, just prior ot Jerry leaving his tour aboard the Independence, Dick Newbert, a newly commissioned Navy Ensign and now a fellow Club member, was reporting aboard and by coincidence assigned to Air Operaitons where they briefly served together.  Since learning of their having met decades earlier, Jerry and Dick have shared many stories, particularly of other Nanval officers and friends with whom they both served.

Thank you so much, Jerry, for sharing just a few highlights from your fantastic career in the service. We salute you, Commander!

During our weekly Xoom meeting 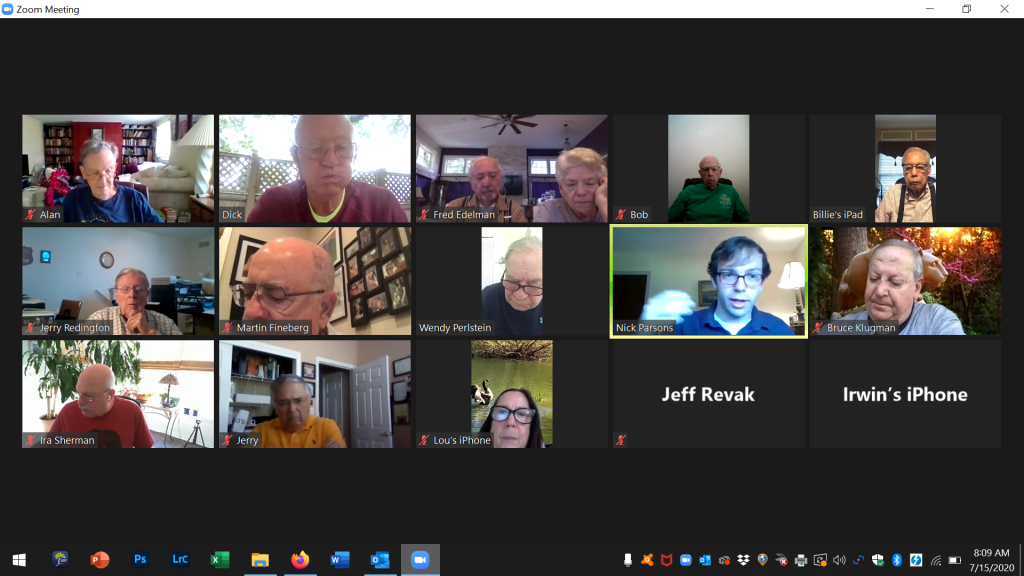 we were pleased to remotely welcome Nick Parsons of the Penndel Food Pantry, 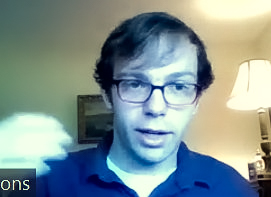 to which the Club has donated $1,500, and a divison of the Bucks County Housing Group ("BCHG").

Nick provided a detaield overview of the critically importatn work of both teh BCHG and Food Pantries its supports.

With specific references to the BCHG's food pantries, which our CLub hsa supported; the Bucks County Housing Group runs two food pantries in the county (one in Penndel and the other in Doylestown … a potential third might eventually become a reality in Morrisville).  Although the BCJG's  main focus is on housing, it also dedicates resources to these pantries in order to assist those struggling with food insecurity.

To become a pantry patron, please fill out a registration form during operating hours.

To qualify for Federal and State Food Aid you must not exceed income levels set by the USDA. You’ll need to provide a photo ID and proof of residency in Bucks County. Pantry patrons may visit once each week.

Pantries are closed on major holidays and on the Sunday preceding. Our pantries close in severe weather if road conditions are hazardous.

The Club recently received a letter of "Thanks" from Neshaminy High School for our scholarship award to Keli Kowalick. 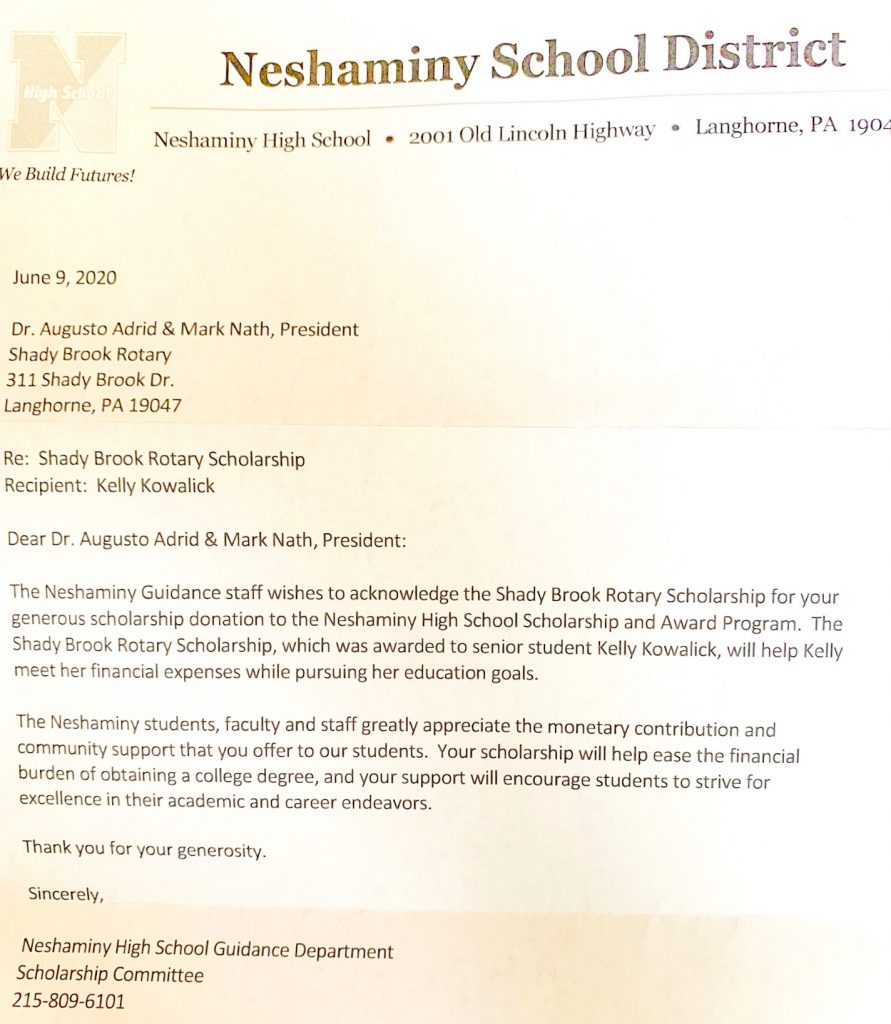 In an effort to continutally strive to protect the heaalth and safety of our members and others during the COVID-19 pandemic, once again our weekly meeting was held via Zoom. 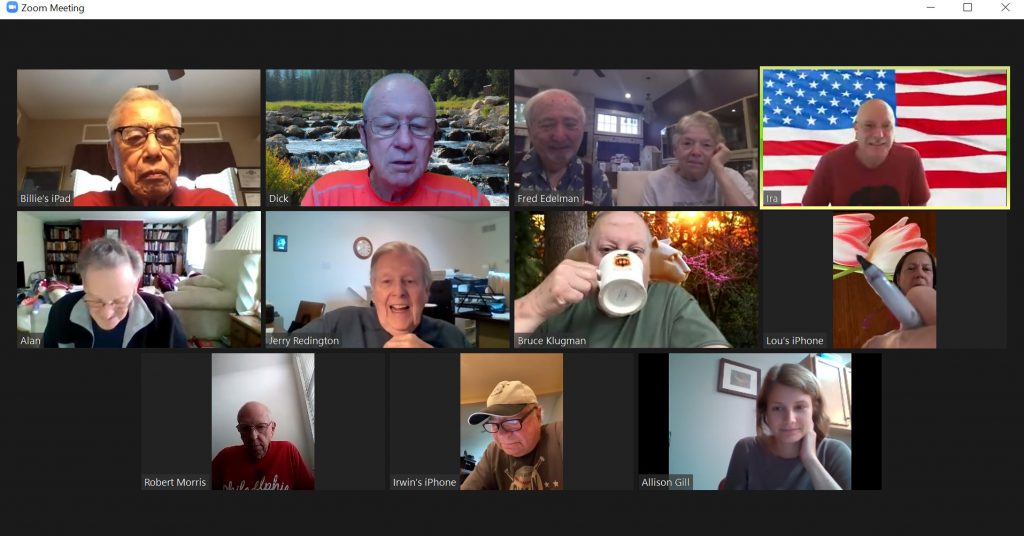 This was also ewly installed president Bob Morris' first week at the helm.  After our opening ceremonies, Bob introduced Allison Gill from the American Cancer Society and Hope Lodge 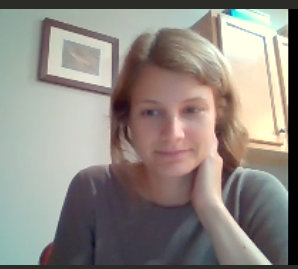 who has spoke to our Club in the past.

Alison began by thanking the Club for its many years of being a dinner sponsor for Hope Lodge and the good times provided the resident with its after-dinner Trivia contests in which the Lodge's guest with the first correct answer is awarded with a gold dollar.

She went on to explain that the American Cncer Society *"ACS"), in response to the COVID-19 pandemic suspended its network of some 30 Hope Lodges across the country

on March 27, 2020, because it could no longer ensure the health and safety of our immune-compromised cancer patient residents, volunteers, and staff. Until the ACS are able to safely host patients again, it is offering our Hope Lodge facilities as free temporary housing for health care workers who are unable to return home for fear of exposing their families to the coronavirus.  They have also launched the Hope Lodge COVID-19 Response Fund to raise funds to operate our repurposed Hope Lodge facilities during the COVID-19 crisis.

Philadelphia's Hope Lodge, the one our Claub actively supports, is undergoing many guest bathrooms and plannign on rennovating the kitchen facilities.  Its staff is also reviewing new protocols for its front desk area and dining facilities, areas where social distancing could otherwise become a challenge.  They hope ot be able ot open up 5 rooms for some of the most-needy patients as early as August or September.

The Lodge aaalso hass undertaken several fundraisign efforts, including an "Adopt-A-Room" ($10,000) and an "Adopt–Day" ($1,500) to help make up some of the paandenic-related shortfall in their annual $700,000 operating budget.  Also on its wishlist are posisble donations of Personal Protective Equipment, icnludgin masks, gowns and snaitizers.

They are also hopeful that a "virtual dinner" migh tbe possible in teh fall in which we might be able to deliver meals to the front door.  Still, there is a great deal o funcertainty aorund the virus.

Allion mentioned that the ACS has cancelled off its fundraisssing events. initiated program cuts and has to make some difficult staff layoffs.

The members thanked Allison for her time and updates.

A business meeting followed covering the upcoming VIRTUAL WALK, July 8th VIRTUAL SOCIAL HOUR and looking toward ensuring that our members HAVE FUN while they fundraise and support so many needy causes.