We were pleased to host Stephen Corr, Republican candidate for a judgeship on the Bucks County Court of Common Pleas.  As a judge he would serve a ten-year term before coming up for a retention vote.

In Pennsylvania, The Courts of Common Pleas have original jurisdiction in all criminal felony cases and original jurisdiction in all civil cases in which the amount in controversy is generally more than $15,000. Courts of common pleas have appellate jurisdiction over the decisions of some state administrative agencies. Judges of the Common Pleas Courts are elected to ten-year terms. A president judge and a court administrator serve in each judicial district. In districts with seven or fewer judges, the president judge with the longest continuous service holds this position.

Steve Coor is a graduate of the University of Notre Dame (1989) and Villanova Law School (1992).  He has practiced in Bucks County for more than 25 years.  He describes himself as a “compassionate and fair litigator and has represented individuals, small businesses, and large corporations in a variety of individual and class action civil litigation matters.

Steve has been lead trial counsel in approximately 70 jury trials.  Since 2001 Steve has represented the families of the victims of the 9/11 attacks in the first lawsuit filed against Bin Laden and Iran for the logistical and financial support Iran provided to the terrorists.

While Steve is openly running as a “conservative Republican”, he vigorously maintains that his political and religious beliefs can play no role in his hoped for on the Court of Common Pleas … as in his role as a Judge he is bound to “follow the law” irrespective or any personal views.

In response to some questioning, Steve stated:

While he has a secure job as a partner with the law firm of Begley, Carlin and Mandio, he is passionate about “giving back” … something he believes he can do as a Judge. 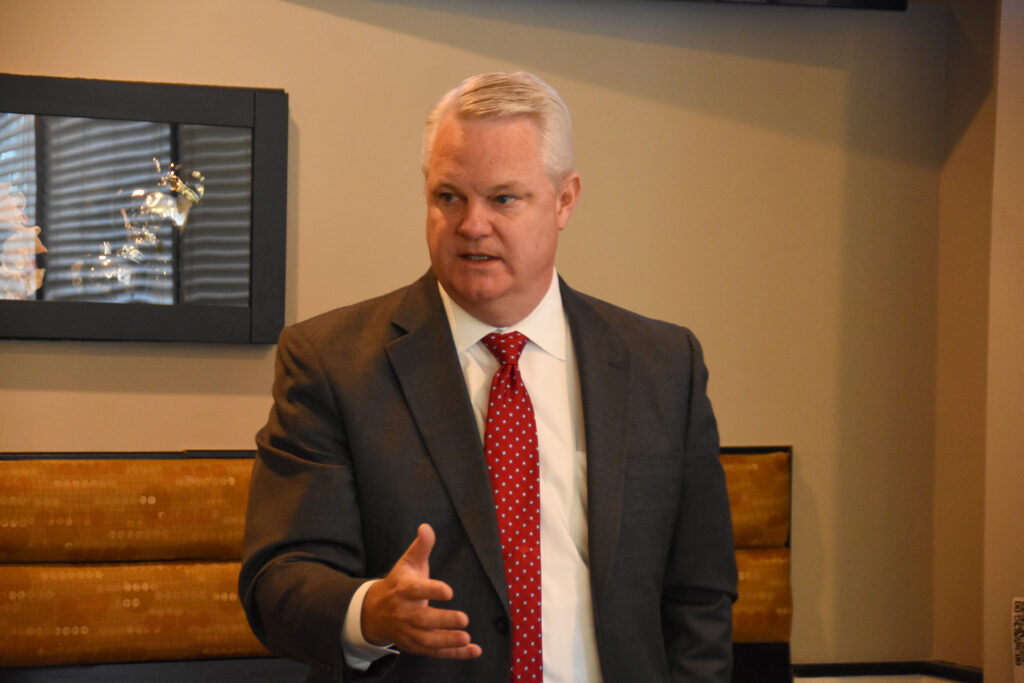 In summation, he stressed his has broad experience in civil, criminal, family and orphan law.  IF elected he has been assured, he would be assigned to the civil courts to help relieve a significant backlog which resulted from the COVID pandemic restrictions.

The Club thanked Steve Corr for his time and wished him well in the upcoming November election.