This morning, the Club’s leadership torch and gavel were passed form from outgoing president Bob Morris to 2021-22 president Fred Edelman. 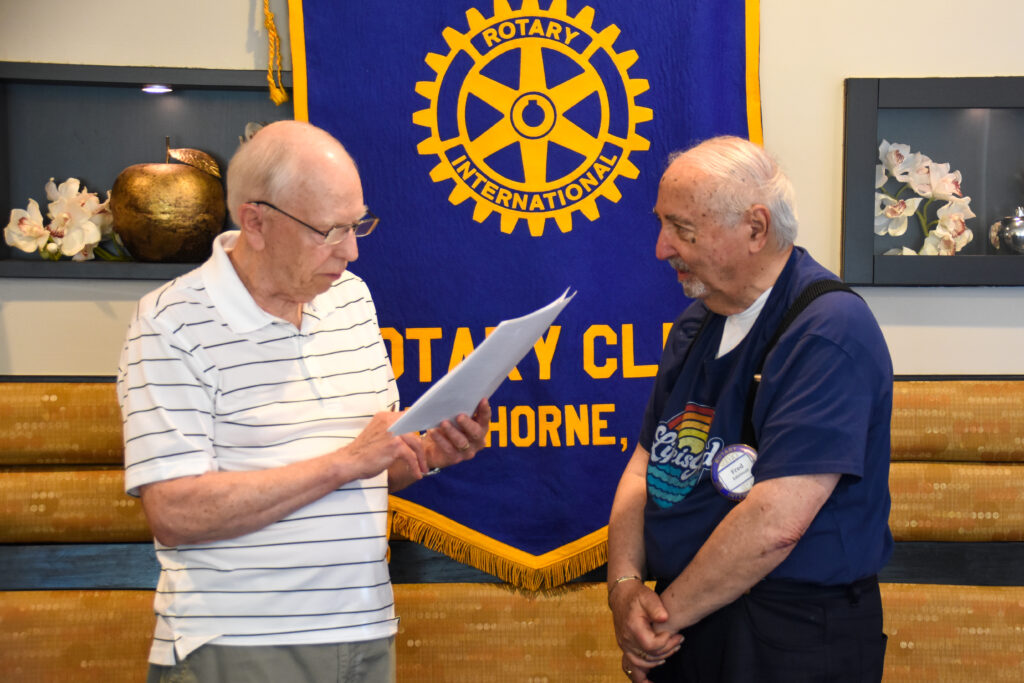 This will not be unfamiliar territory for Fred who held the position as the Club’s 3rd president in 2009-10 and was one of the Rotary Club of Shady Brook’s founding members. 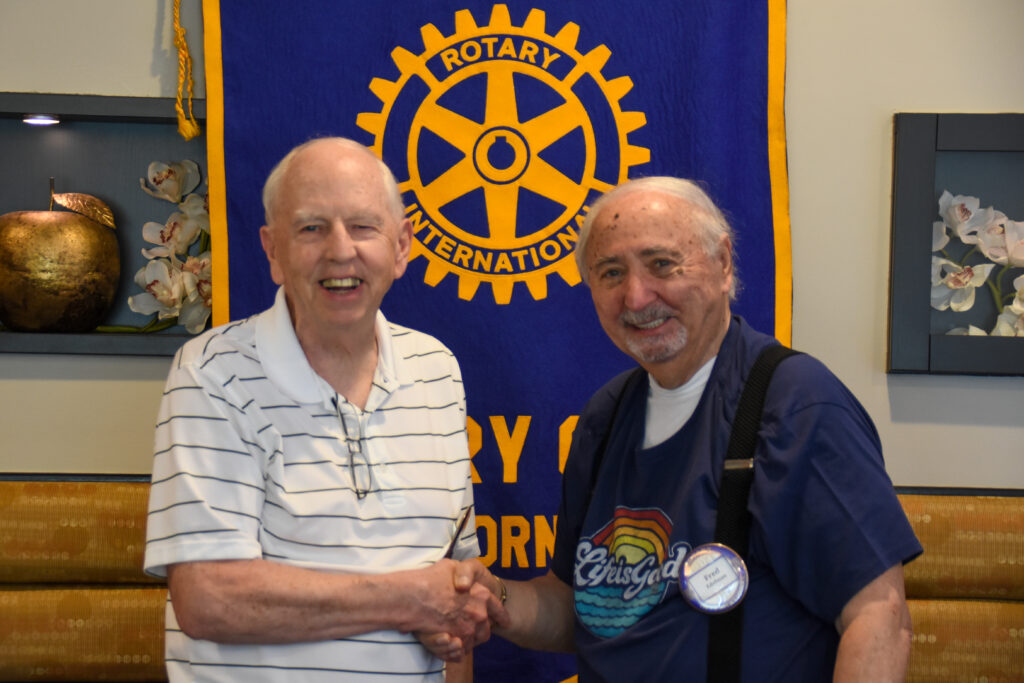 Fred holds a Bachelor of Science in Industrial Management and Accounting and until his retirement was Chief executive Officer of National Performance Packaging Holding LLC after holding various position with a number of other companies.

His commitment to service and helping others has been a hallmark of Fred’s life and one reason he has been a driving force and consistent voice and advocate for Rotary.

Fred has also served on the Boards of the Jewish federation, Congregation Brothers of Israel, Trent Center East and West (a nonprofit senior apartment buildings in Trenton), the Association of Independent Corrugated Converters.

After having lost his first wife, Linda, to cancer, Fred was fortunate to have found a second love and describes himself as the proud husband of Frances Zeitler Edelman and both honored and delighted to have four great grandchildren.

In his first remarks as its 13th president, his goals are to further strengthen the Club continue its work in support of Philadelphia’s William Dick School, the Leukemia & Lymphoma Society, needy veterans and other causes which have characterized the Rotary Club of Shady Brook since its incorporation fifteen years ago. 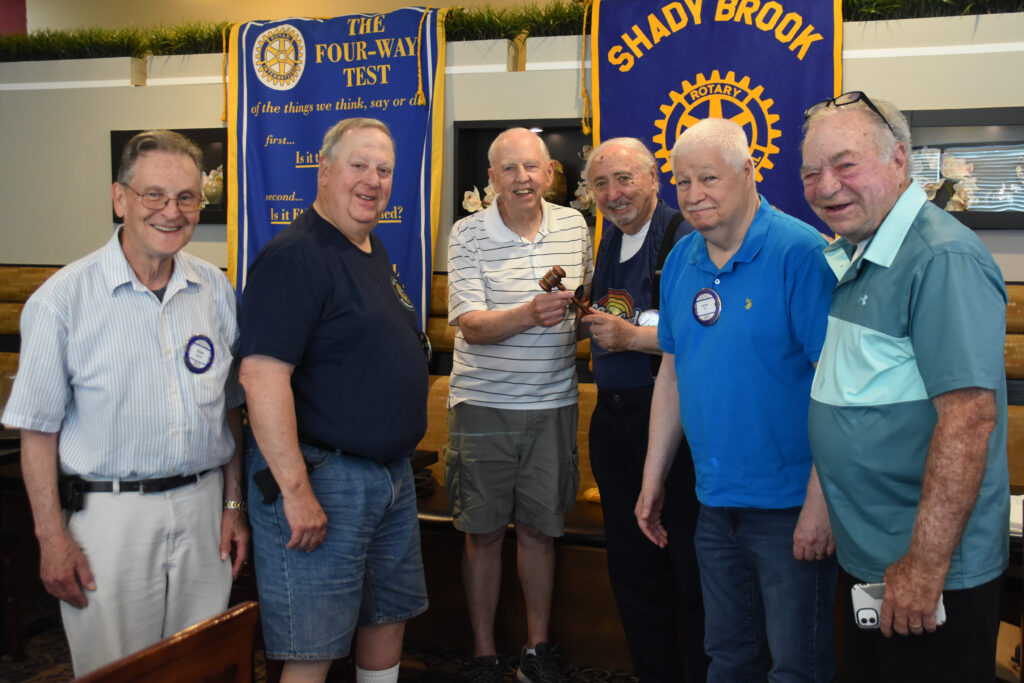 Unexpectedly, Fred … who never fails to publicly recognize the efforts of others … showed his appreciation for his predecessor, Bob Morris, and two members who have been major contributors to the Club’s programs and activities, Lou Hatfield and Dick Newbert, by present each with a beautiful bouquet of Roses. 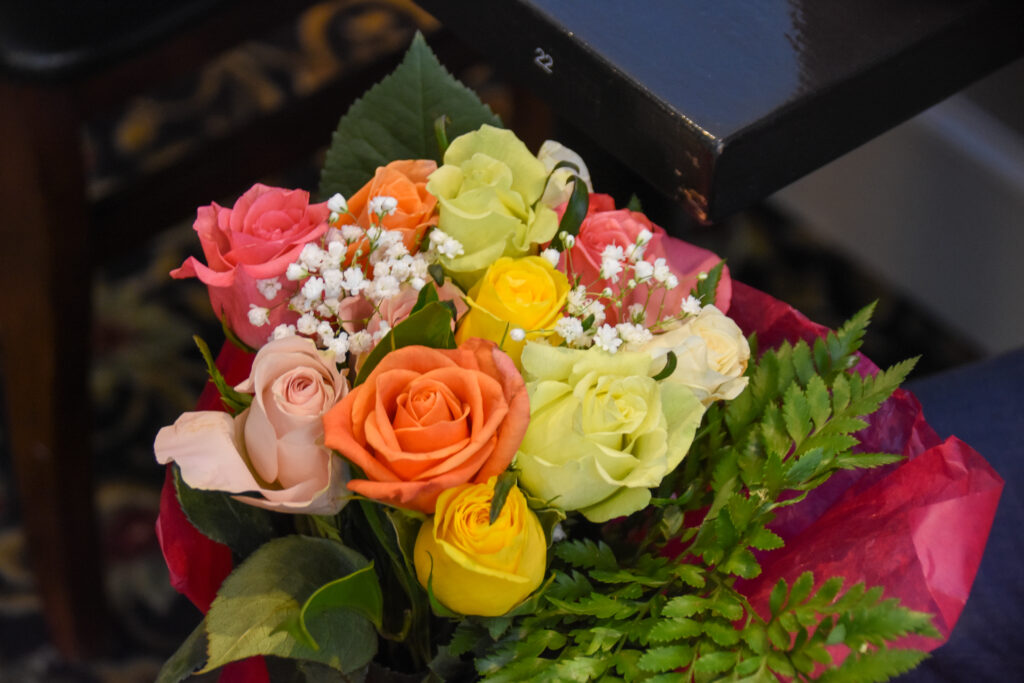