This morning five intrepid members of our Club braved the cool early morning temperatures to help with our semiannual litter pick-up as our participation the the PENNDOT’s Adopt-A-Highway effort.

Their efforts were spurred on by Lou who, as usual, arrived as they were getting “suited up” with fresh coffee, fruit and warm bagels for the troops.  THANKS!

Our next litter patrol will be scheduled in late April or early May.

Once again our Club’s members purchased, prepared and served dinner to the patients and guests at Hope Lodge which offers lodging at no cost for cancer patients being treated in the Philadelphia area as well as free shuttle transportation to Fox Chase Cancer Center, Temple/Jeanes Hospital, Thomas Jefferson  University Hospital, the Hospital of the University of Pennsylvania, Abramson Cancer center (Perelamn Center of Advanced Medicine), Pennsylvania Hospital and Wills Eye Hospital. 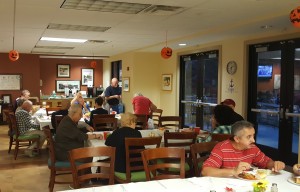 This evening’s dinner was highlighted by a birthday party for one of the patients and another celebrating his 23rd wedding anniversary.  Club member, Ed Carne, held his regular “Trivia” contest, in which gold silver dollars were handed out to the first person answering questions on a variety of subjects ranging from presidents to geography to classic movie films.

Among those participating were 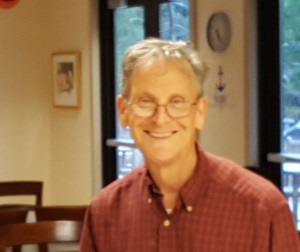 Alan Agree, the Club’s coordinator for its quarterly visits 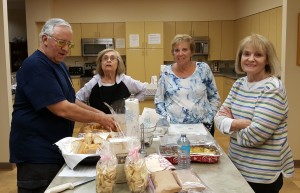 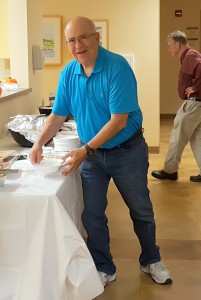 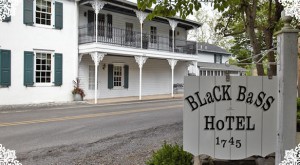 where the scenic shores of the Delaware River and Old Glory 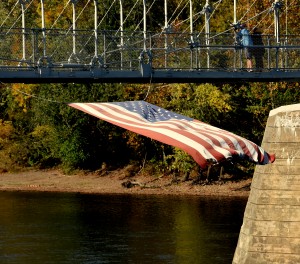 served as an appropriate backdrop.

With valet parking and an open bar, many past and present members had a chance to spend some time getting reacquainted. 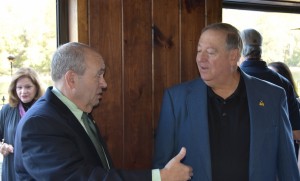 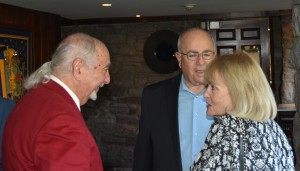 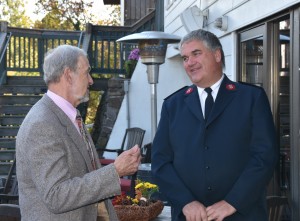 Before beginning with our regular opening ceremonies, Club president, Dick Newbert asked that we remember both those former members who have passed away

as well as the immediate family members of past and current members who have also left us all too soon. 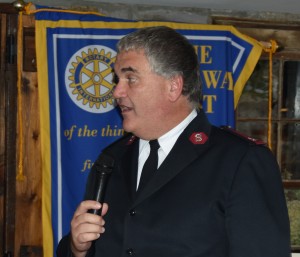 Running on a nearby television was a pictorial history of the Club’s many fund-raising activities and community service projects.  Since its founding the Rotary Club of Shady Brook has donated over $125,000 for a wide variety of charity and needy causes and people as well as having made some $25,000 of in-kind contributions and volunteered over 7,500 hours to a variety of community and other causes.

During what was a not-to-be-missed meal, 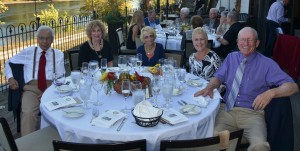 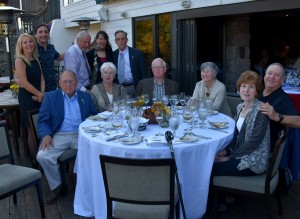 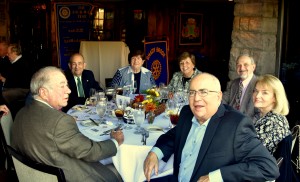 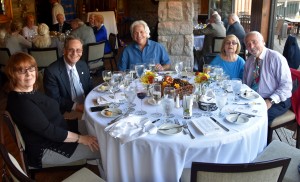 several of the Club’s founders related some history and anecdotes on the organization’s early years. 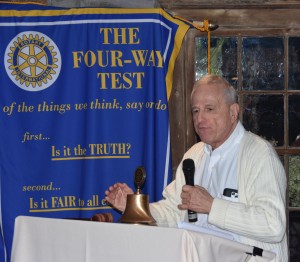 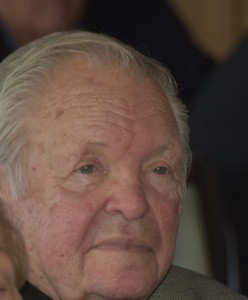 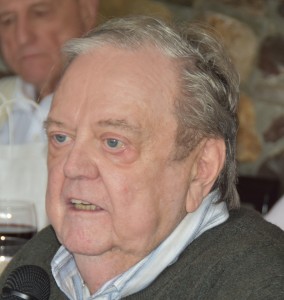 Fred Edelman, who had the inspiration for and was the driving force behind this wonderful reunion made a poignant champagne toast, again recalling the Club’s and looking forward to what we hope to accomplish in the future Dick Newbert then presented the Club with congratulatory letters and plaques he had received from:

Board of Supervisors – Middletown, PA 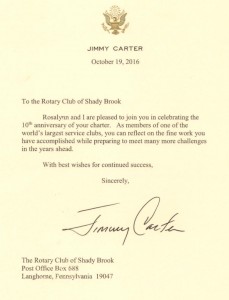 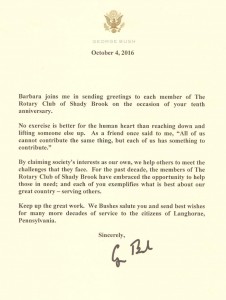 The founders of the Club were recognized

As were the Club’s past and current presidents.

A presentation was made to Stan Cohen as the first of what we hope will be a number of former members rejoining a reinvigorated Rotary Club. 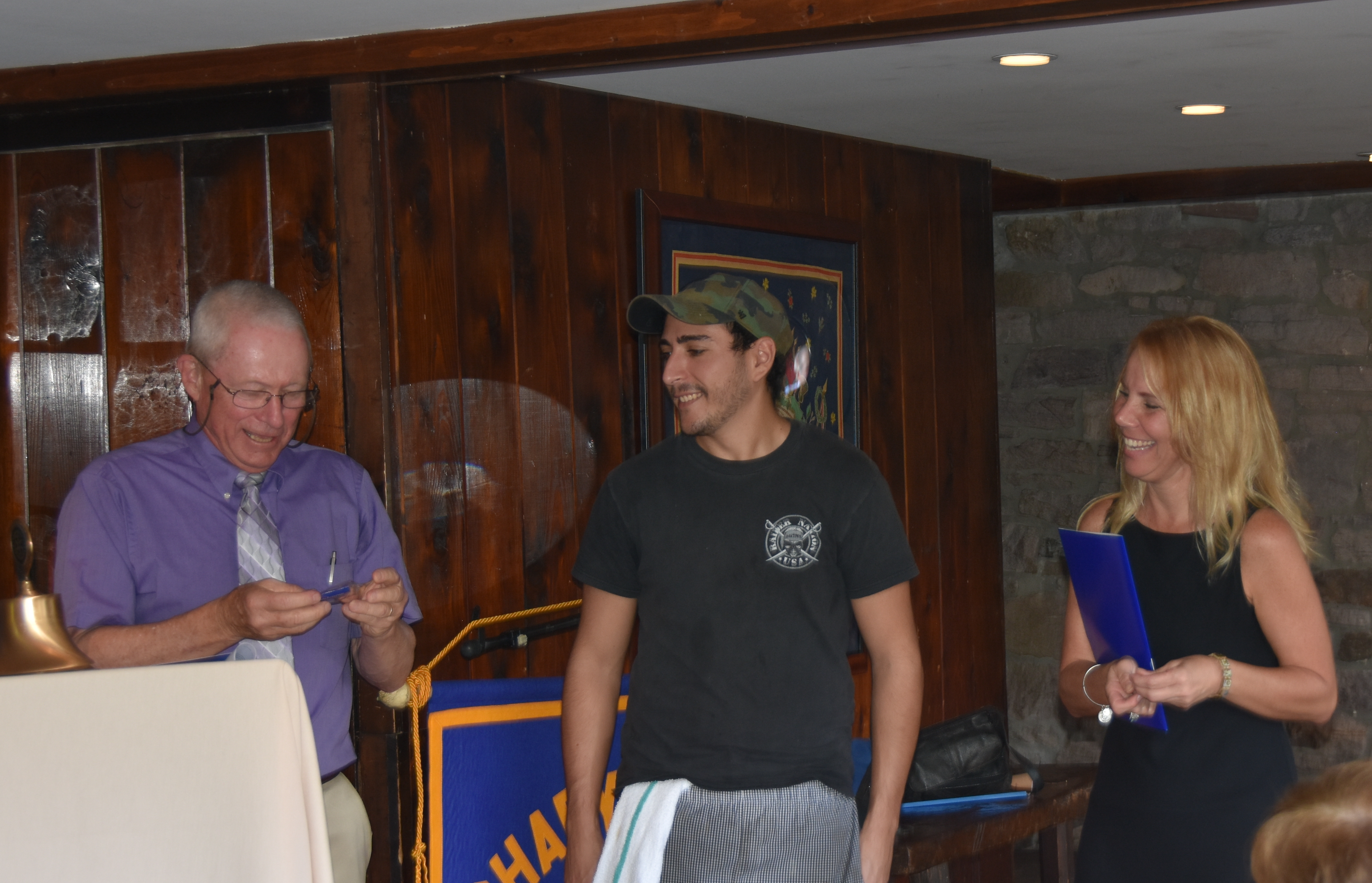 Finally, before closing, a special tribute was paid to Fred Edelman, without whose hard work, this celebration would not have occurred. 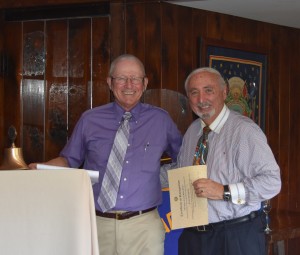 In the wake of the destructive floods which ravaged the Baton Route area last month, the Club, with the assistance of and recommendations from the Rotary Club of Baton Rouge and its president, Robert Levy, donated $1,000 to the Baton Rouge Area Foundation.

Many members of the Club as well as several of their family members participated in the Leukemia & Lymphoma Society’s annual Light the Night charity walk which was again held in Doylestown’s Central Park. 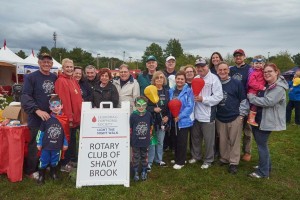 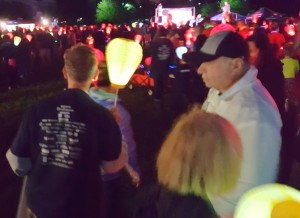 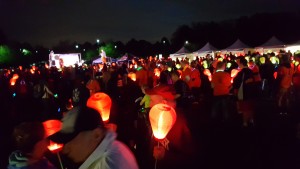 This year the Club raised just shy of $10,000 to help fight and discoer new cures for these devastating diseases.

The Club was again pleased to present Bob Craven with a check in the the amount of $3,000 from the proceeds of its annual charity golf outing held this past June. In addition to financial support, members of the Club regularly assist the Guardians with their Wreaths Across America and other projects.