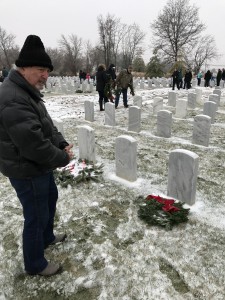 joined nearly 1,000 others who turned out today to pay tribute by laying wreaths on the graves of  more than 8,000 American veterans who are interred at the Washington Crossing National Cemetery during the Wreaths Across America Remembrance Day.

Similar events were held at more than 1,100 cemeteries across the nation where veterans are buried.

This annual commemoration began 25 yeas ago at Arlington National Cemetery in Virginia.  Along with honoring deceased veterans, the goal of this ceremony is to teach children about the value and costs of freedom.

Fred also took time to pay his personal respects to a Korean War veterans who was also a former neighbor, member of our Rotary Club and, more importantly, a good friend, Burt Forman. 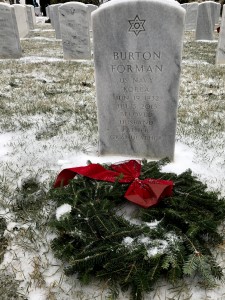 Despite the bone-chilling weather (temperature hovering around 20 degrees and winds of around 30 MPH … wind chill around ZERO), Club members assisted the Guardians of the National Veterans Cemetery in tying bows on Christmas wreaths which will be placed on the 7,000-plus graves this coming Saturday. 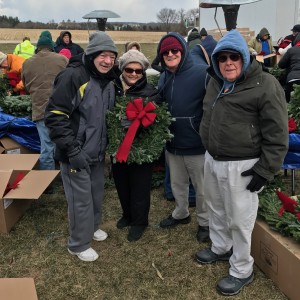 Bundled up in layers of winter clothing were Irv and Wendy Perlstein, Alan Agree, Jerry Redington and Dick Newbert (not shown)

Dr. Frederick J. Goldstein, PhD, FCP, a Professor of Clinical Pharmacology and Director of Research at the Philadelphia College of Osteopathic Medicine spoke to our Club this morning. 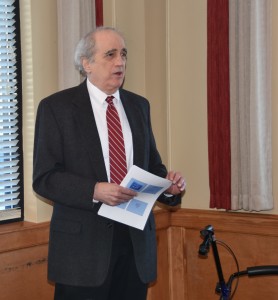 His overview of what pain is, how and why it occurs, how different individuals perceive it, and how pain management often leads to misuse of opioids and other prescription medications were extremely informative.  He also discussed how the blame for the current opioid crisis lies jointly with physicians, pharmacists, insurance companies, pharmaceutical companies and patients. 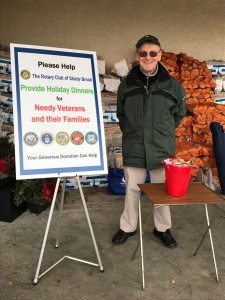 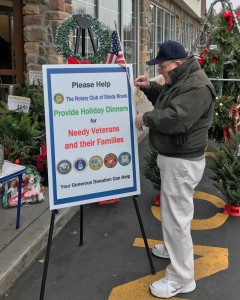 endured the cold and windy weather today with Irv Perlstein 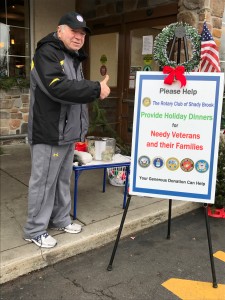 to raise funds at McCaffrey’s Supermarket to provide Christmas dinners to needy veterans and their families. 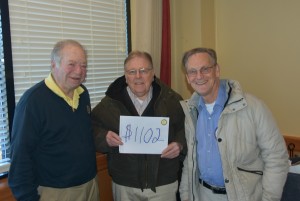 and Phil and Kathy Huber 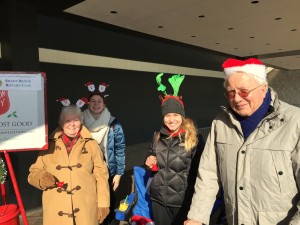 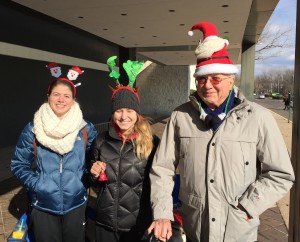 were joined by trumpeter Tony Primola

spent outside Macy’s at the Oxford Valley Mall “ringing the bell” for the Salvation Army’s 2017 Kettle Drive.

The Club’s 6th annual Pancake Breakfast was held this morning at Applebee’s to raise funds for Angel Flight East’s mission is to provide free air transportation to qualified patients and their families by arranging flights to distant medical facilities, delivering supplies to disaster areas, and reuniting families during desperate times and Forgotten Threads’ mission is to support and aid working and retired middle class Americans with TBI, PTSD and Veterans due entitlements.  This includes their families and loved ones who are affected directly and indirectly.

Heather Porter was singled our by event chair, Jerry Redington as a real “dynamo” who managed the servers extremely well and did a lot of serving herself.

He also estimated that over 125 breakfasts were served. 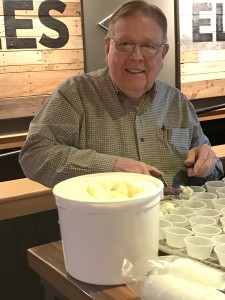 Arianna and her Pop-Pop (aka: Bob Morris) 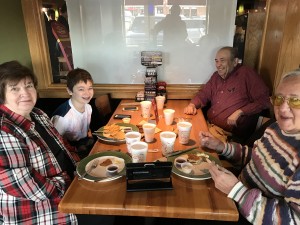 Linda and Arthur Finkle and grandson with Stan Cohen 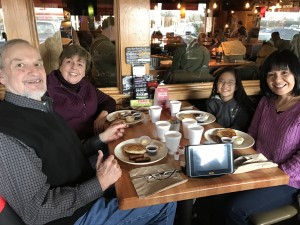 Mark and Judy Nath and grandchildren 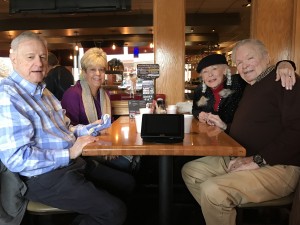 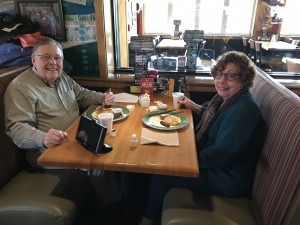 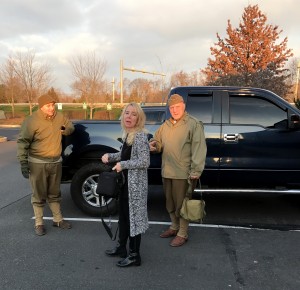 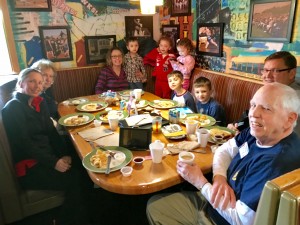 The living Historians all came from a host of local individual organizations and portrayed U.S. soldiers during WW2 in the ETO (European theater of Operations) as well as soldiers from  a multitude of different Historical time periods.  Their ongoing, collaborative mission is to educate the general public on U.S. military history, and Military history, in general.  Today, they deliberately wore a variety of WW2 U.S. Uniforms, showing the progression/changes of the uniforms worn during WW2. 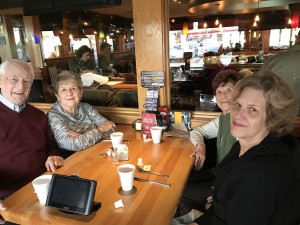 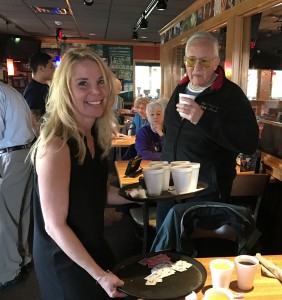 While the final accounting is not complete, it appears that this year’s event may have raised as much as three-times as that of any other year!

Before our opening ceremonies, the Club observed a moment of silence in memory of the 2,403 Americans (including 57 civilians) who died during the Japanese attack on Pearl Harbor 75 years ago … as well as the 402,996 who also paid the ultimate price during World War II and the 103,284 members of our Armed Forces who have been killed from Korea to Iraq and Afghanistan.

We also took note that today was the 229 anniversary of Delaware becoming the first state to ratify the U.S. Constitution on December 7th, 1787.

Michael Giacapzzi, founder and owner of Body by Michael G in Yardley, related his inspirational story of growing up in Allentown, PA … 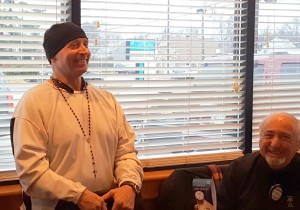 being bullied during his formative years … descending into a 20 year cycle of drugs, being knifed, shot and beaten and periodically living on the street … nearly loosing his life in a horrific automobile accident … and finding “religion” and a new hope for a second chance in life.  His message is, “whether it’s overcoming physical hurdles, emotional ones, or even spiritual, I’m here to say that it’s never too late to change your life.”

The Club next awarded Clarise Fedor an Honorary Membership for her always friendly attitude and years of providing professional and excellent care of the members at its breakfast meetings. Camera-shy but decked out in their red-and-white Santa hats Stan Cohen and John Sauer helped the Salvation Army’s Kettle Drive ringing the bell outside Macy’s today!