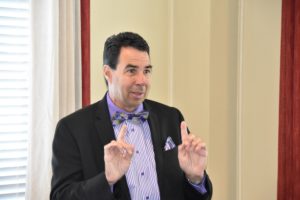 about reverse mortgages.  I turns out that since their inception in the 1980s, reverse mortgages have undergone many changes proviing more consumer protections.  A copy of his handout can me found by opening Michael J. Friedman Presentation on Reverse Mortgages.

Meanwhile, Marty Fineberg reported a preliminary [and record] profit from our recent charity golf outing of $18,735!

The many months of planning and hard work paid off when … despite forecasts for day-long torential downpours, high winds and the possibility of severe thunderstorms and even the threat of a possible tornado … our 2017 Charity Golf Outing benefiting the Els for Autism foundation

and Guardians of the National Cemetery in Washington Crossing

was a tremendous success!

Although the weather projections discouraged a few players planning on traveling from as far away as Washington DC, Club volunteers arrived early 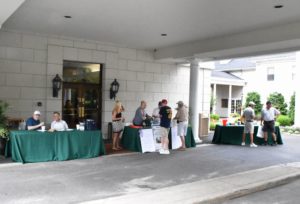 to get set up and check in the golfers as they arrived, 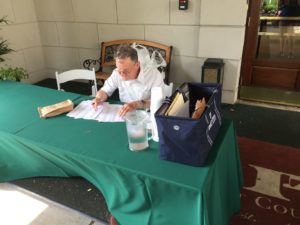 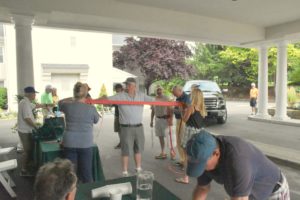 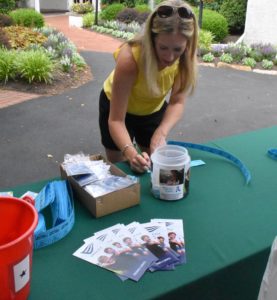 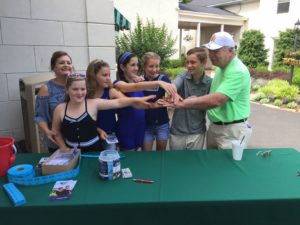 Depsite the fact the skies were still clear, weather radar showed some ugly storms headed toward the course … so both the nontime luncheon 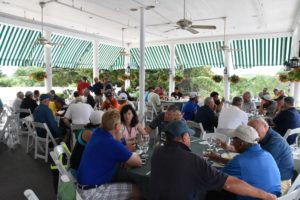 and noontime shotgun start were moved up.

Most everyone was on their 11th hole of play, when a clap of thunder rumbled in the distance, followed by the warning siren that sent everyone headed back to the golf shop … where they took shelter during a relatively brief dowpour.

Less than twenty minutes later, the skies had again cleared and people headed back out on the course to pick-up where they'd left off … but with a warning that even more severe weather was due in the area in a little over an hour.

Fortunately, the weather, while windy, held off until about the time everyone had completed 17 or 18 holes.  One group which had just holed out on the 5th green (their 18th), the fartherest from the clubhouse on the course, felt he first few drops as they walked to their carts.  Less than a minute later, a monsoon deluge descended on the course and by the timeall of golfers reached their cars to store their clubs, they were soaked!

However, spirits (no pun intended) were not dampened as everyone found there way to the post-tournament cocktail party … allowing those who had not had the foresight to bring a change of clothes to dryout 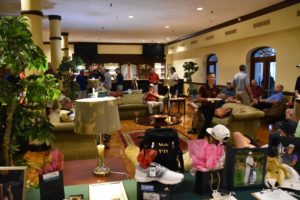 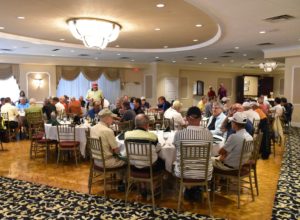 Retiring Rotary Club president, Dick Newbert, took a moment to thank the members of the Greater Newtown Exchange Club who help co-sponsor this annual charity event, representaives of the Guardians of National Cemetery and Yardley VFW Post 6393 for their support of and participattion in the tournament. 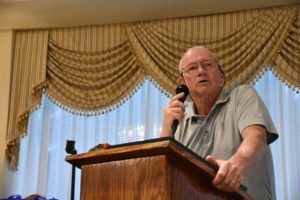 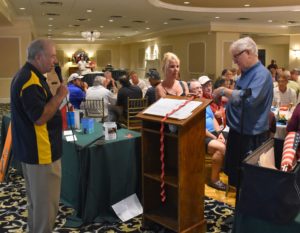 Dick Newbert, then gave a brief talk on Autism, the Els 4 Autism Foundation and its Center for Excellence and identified the tournament's Honorary Captain, Matthew Morris, for the Els 2017 Golf Challenge and circulated information on this amazing young man. 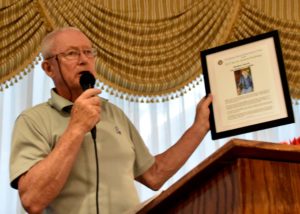 The evening was capped off with the drawing for the 50/50, worth $300 to the winner, Bill Mahle, who graciously donated $200 back for autism … and a final drawing for a 50" television. 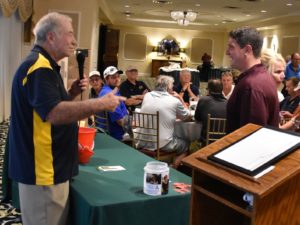 The final results on the net proceeds are not yet available, but all indications are that it was a complete success.

This evening our Club brought and served dinner to patients at AstraZeneca's Hope Lodge. 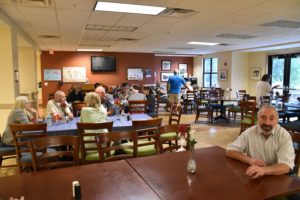 Seated among the residents, many of discovered we shared common backgorunds and interests with the patients and their family members.  It was a truly rewarding experience for each of us.

After dinner, Ed Carne and Dick Newbert held a trivia contest where the first person to answer theuir questions correctly were rewarded with a gold dollar piece.

As his last official act as Club President, Dick Newbert welcomed Larry Snyder in as a new member. 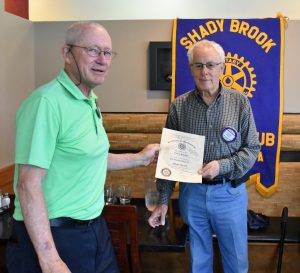 Then, he swore Ira Sherman in as the Club's new President 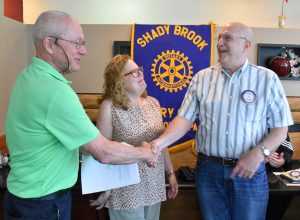 Next Ira gave the oath of office to his new Board 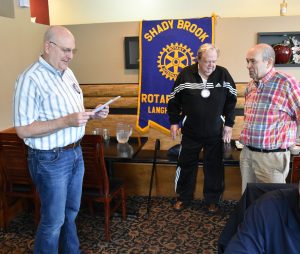 Meanwhile, Golf Chairman Irv Perlstein makes his first sale of raffle tickets for one of many prizes to be awarded at the golf tournament to Marty Fienberg. 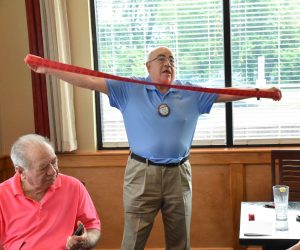 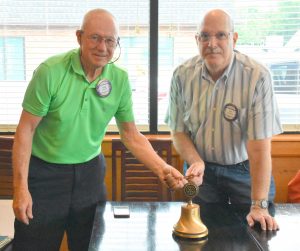