a local resident, inventor (3 patents so far), novelist, and IT database specialist/entrepreneur, is running for Governor on behalf of the Libertarian Party.  As he deftly explained, the Libertarian party supports your rights to manage your essential freedoms, as long as you respect the rights of others. It is the 3rd largest party in the United States and growing rapidly.

If elected, he plans to do the following:

2. “Aggressively use line item veto power to slash unnecessary expenses” such as the $400 million we pay casinos each year

3. Campaign for a total overhaul of how campaigns are funded. Parties should pay for all of their expenses. No expenses for political activities/support should come from the govt.

4. Address the opiate crisis by following the innovative plan implemented by Portugal since 2001.” Currently, the U.S. pays about $10,000 a year PER FAMILY on drug related costs. In Portugal, it’s now $10 a year per family. Why and how was this savings achieved?” They pardoned all prisoners who were in prison on nonviolent drug charges, and no longer put individuals in jail for such offenses. By treating drug addiction like any other chronic, serious illness, expenses plummeted over time.

5. Get government out of the “charitable business”. 60% of the federal and 80% of the PA budget are “giveaways”. Instead, form a structure of citizen groups/councils to make these decisions and fund worthy programs.

6. Have parents decide where their children should attend school. Do not fund religious schools. By taking these steps, good schools would increase in size and the overall student performance would increase. More opportunities for “trade” schools should be offered.

A likely Q&A session ensued, with members asking numerous questions about how some of Mr. Krawchuk’s ideas would be implemented. In response to questions about unions, he supports them. However, he does not support mandatory union membership. He believes employees should have the right to choose.

Mr. Krawchuk also is deeply concerned about the “wildly expensive” higher education costs/student loans. He noted he has personally been impacted, as his daughter suffered from leukemia and he has assumed her loans. He believes we should have many more apprentice options available to families, and that public higher education costs will be subjected to the same lose scrutiny he plans to apply to all PA line items.

He closed by asking us to make our voices heard and vote. He encouraged us to think differently and ask ourselves if the “old two parties” really have or will address our challenges.

Tina Davis, a Democrat running for the State's 6th District Senate seat spoke to our Club this morning. 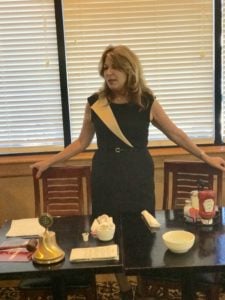 Adequate Funding for our Schools

It is imperative that we find a way to adequately and permanently fund our schools. Harrisburg plays a huge role in this. Unfortunately, proper education funding has been neglected, ignored and under funded for way too long. In the Senate, it will be my priority to reverse this course and give every school the resources they need.

I will fight for better wages for our middle class and working class families. For years income growth for the middle class has been stagnant while the income levels of the ultra-wealthy continues to soar to record heights. As the cost of living continues to rise more middle class American families are forced to work long hours, and have dual income households just to make ends meet. As a working mom who raised three children I know the challenges families today face and I will work to stand up for those families in Harrisburg.

Fighting for Equal Rights for Women

Women’s rights have been denied and eroded in Pennsylvania for way too long. Women still make less money and have fewer protections, and our ability to have access to proper healthcare is constantly under attack. These are issues that don’t only affect women, they affect every family. We can and must do a better job at making sure women’s voices are heard and advocated for in Bucks County and across the state of Pennsylvania.

Tina is at the forefront of legislative and local efforts to combat the terrible opioid epidemic gripping our nation. Her district has been deeply affected by opioid addiction and many of her neighbors and constituents have asked for help as this awful plague touches their lives.

One of the issues confronting Bucks County is the proliferation of recovery homes. While many are run by well-regarded operators, some are run by less scrupulous persons seeking to cash in on the opioid epidemic.Tina spearheaded efforts to improve and properly regulate drug recovery homes and work with good recovery home operators to improve the industry as a whole. She helped organize a coalition of drug recovery professionals, law enforcement officials, recovering addicts, and many families affected by this epidemic. Everyone agreed that drug recovery homes needed better regulation, proper supervision, and follow-up with addicts to ensure these homes provided the proper environment necessary for recovery.

Tina authored groundbreaking legislation which was taken up and later adopted by the State Senate and signed into law by Governor Tom Wolf.  This legislation is just one step of a longer effort by law enforcement, the recovery community, government, and our families to address opioids.

Tina believes every worker has the right to organize. Unions promote the American dream and are essential to building the middle class by establishing good paying jobs with benefits and safe working conditions. Unions are under attack in Harrisburg and Tina will continue to be a strong ally in support of key worker protections including:

Wage Theft Protections — Unfortunately, some unscrupulous employers steal from their employees.  Minimum wage violations, unpaid overtime, illegal paycheck deductions, tip skimming, and other violations are rampant in some industries, especially those where workers are less likely to stand up for themselves. Tina supports legislation to crack down on these violations and advocates better enforcement of current laws.

Worker Misclassification — Tina will fight worker misclassification where employees are characterized as independent contractors so corporations can avoid paying overtime and other rights and benefits, like workers’ compensation and unemployment insurance. In our current gig economy where many workers have second and third jobs, this problem is rampant.

Tina believes no one should be treated differently whether it’s according to race, gender, sexual orientation, religious creed, ancestry, national origin, or disability. Tina has stood against harassment and unequal treatment of workers.

and how those positions differ from those of her opponent in the race … and then asked people to consider voting for her on November 6th.

She also advocates legislation that would take revenue from sports betting ,and using it improve our neighborhoods!also about Save houses!

Irv Perlstien's grandchildren apparently recruited their Papa to help raise waareness of and monies for the Club's annual funding drive in support of the Leukemia & Lymphoma Society. 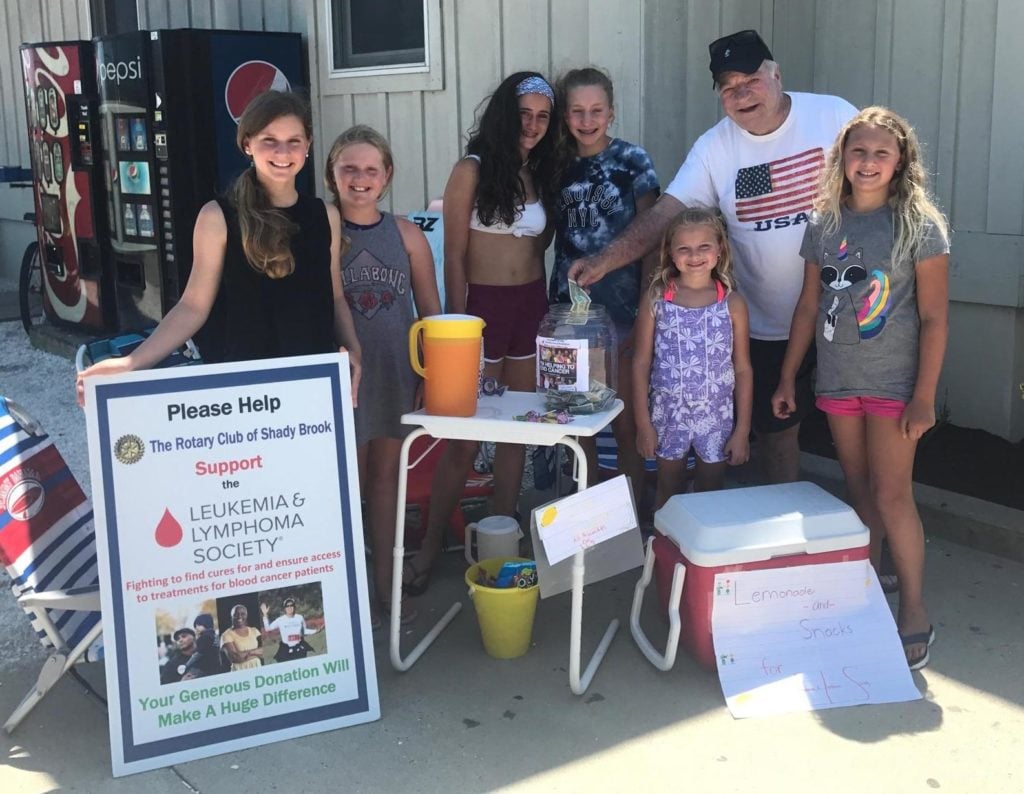 By day's end, they had raised just shy of One Hundred Dollars!

A lot of THANKS and big Website HUG to all of Irv's family!

Three members of our Club spent the day at teh Golden Nuggest Flea Market in Lambertville, New Jersey with all the proceeds being earmarked for the Leukemia & Lymphoma Society and their efforcts to discover cures for blood cancers. 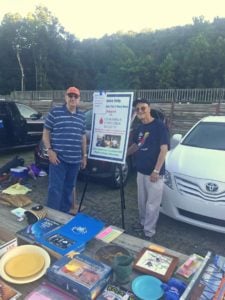 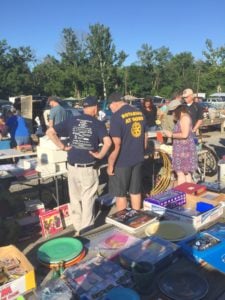 Stommy Blauth is a friend of Alan's. from his volunteer days at the Butterfly House at Churchville Nature Center.  She not only brought items we sold but actively helped set-up and pack up.  A very special "Thanks" form the Club to Stommy!.

At day's end, a total of over $340 was raised to fight blood cancers!