This past weekend, Irv Perlstein and Alan Agree attended an event designed to bring increased awareness to Autism.  There, the met with Matthew Morris, our Honorary Captain for our June Charity Golf Tournament's participation in the Els for Autism 2017 Golf Challenge.

Irv and Ken Beckelman, an avid supporter of the Club and its golf tournmanet beneficiaries in particular, also cooridnated with the Pennington Bagel Shop for a fundraiser in which it is graciously donating it revenues from certain of its bagels to the Els for Autism campaign of the Rotary CLub of Shady Brook. 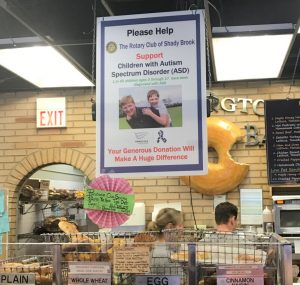 Meanwhile, other local collection efforts contine to bring in donations 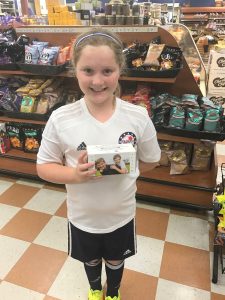 For Irv it is a family affiar … his grandaughter, Brooke, picking up a colleciton box from Colonial Farms 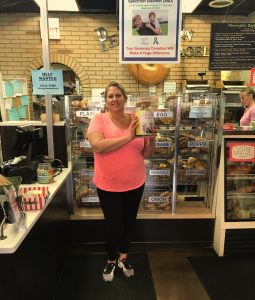