We were delighted to have Eric and Donna Tobin share some of their adventures traveling to more than fifty countries around the world. 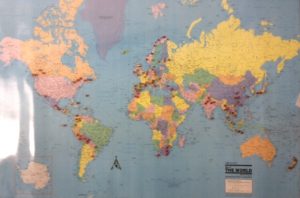 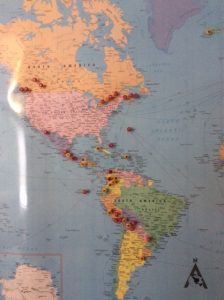 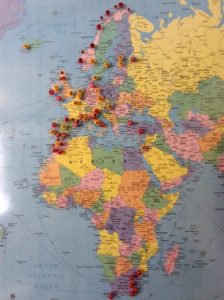 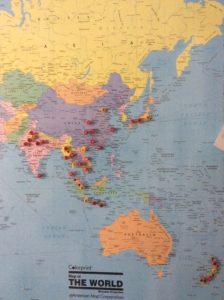 Eric grew up in Massachusetts.  He graduated from Boston University and then attended graduate school at Arizona State and later graduated from Temple Law School in 1974.  After passing the bar, he took a position with the law firm of Eastburn and Gray PC in Doylestown and has been there ever since; where he specialized in real estate law, including zoning, large residential and Commercial developments. and transactional law.

Today, he is semi-retired and only does pro bono work for charities and volunteer programs.  He is also no “official guide” for Doylestown, and with whom Irv and Wendy have taken a tour.

He and his wife started to travel odysseys in the US, taking trips when his youngest son was 5 years old.  In 1999, the began their international travels with a winter trip to Iceland.

Eric and Donna have taken a few “tours” but generally have preferred to travel on their own.  Together, the do extensive planning before each of their trips.  One reason for their “solo” ventures is to have a better opportunity to meet people, partake of the foods and absorb the culture of each country they visit.

Eric and Donn have often found themselves invited into people’s homes which they have been able to become even more immersed in the feel of the country.

They described some of the incredibly chaotic, impoverished and poverty-stricken areas in some places such as India.

I think each of us were envious of Eric and Donna for the incredible experiences they’ve been fortunate to enjoy … and appreciated their sharing some of them with us.